A look at literature as it concerns the spiritual life.

Fyodor Dostoevsky was a great Russian author who lived in the 17th century. His novels are some of the best ever written, and he is one of my favourite authors.

The most tangible virtue that I have learned from Dostoevsky is self-awareness. I am not a very self-aware person and never have been, but I think that I have grown in this since reading Dostoevsky's novels. Why do I think this? Because many of his characters are strong in this virtue, but in a peculiar way. Not only his saints have it but his sinners also. I find this peculiar because I thought that the sinners would be least aware of their sinfulness, while the saints are most aware. I seem to be the least self-aware when caught up in sin, anger, weakness, or fear.

Another way to say this is that Dostoevsky's worst characters are hopelessly and despairingly honest with themselves. I will take an example from the beginning of Crime and Punishment. In chapter two, Dostoevsky introduces a man named Marmeladov. Marmeladov is not a good man. He brings his family to destitution by his drunkenness. But you get this sense that he has agency in the matter. He finds a job with a salary, and this is his chance for redemption. He has grand hopes to clothe and feed his family and rescue his eldest daughter from prostitution. But after a short time, he relapses. He takes what little money they have and drinks it all away. He even goes to Sonia, his eldest, and asks for her earnings…

This is a shameful story, yet Marmeladov possesses virtue that I do not. I may not commit such grand sins as he, but he is at least honest with himself. He admits, "I am a beast by nature!". I do not think he is making an excuse here, but instead, he admits his weakness. He perceives the good but cannot attain it. You see this sort of thing in many of Dostoevsky's characters. I have heard it said that it's as if his characters were standing at the edge of a precipice debating whether to cast themselves off or not[1].

The point about honesty lies in the fact that the characters perceive the good. This is where I am so often lacking. I am deceived or confused about what is good. It is as if I know that the cliff is there, but I cannot say precisely where it is in the fog.

After reading Dostoevsky, I think I am better able to read myself like one of his characters. I can recognize when I am at the cliff's edge and my keen ability to fall off the edge. This is where the Christian element comes in. It is only in recognizing this keen ability to make myself very unhappy that I can turn to a saviour. This is why Marmeladov is not quite a Christian example. He is aware that he is a wretch, but this has not brought him to Jesus to receive grace and healing.

Lastly, I would like to point out that, although this all sounds very serious, self-awareness is by its nature a light subject. For example, I find Dostoevsky's books hilarious partially because his characters are ridiculous but primarily because I relate to them so much.

Again, I am only getting started in this virtue. Still, I know that I am growing in it because sometimes I can laugh at myself and taking myself less seriously is a blessed thing.

"Angels can fly because they take themselves lightly." G.K. Chesterton 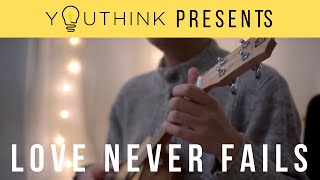 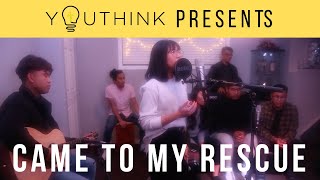